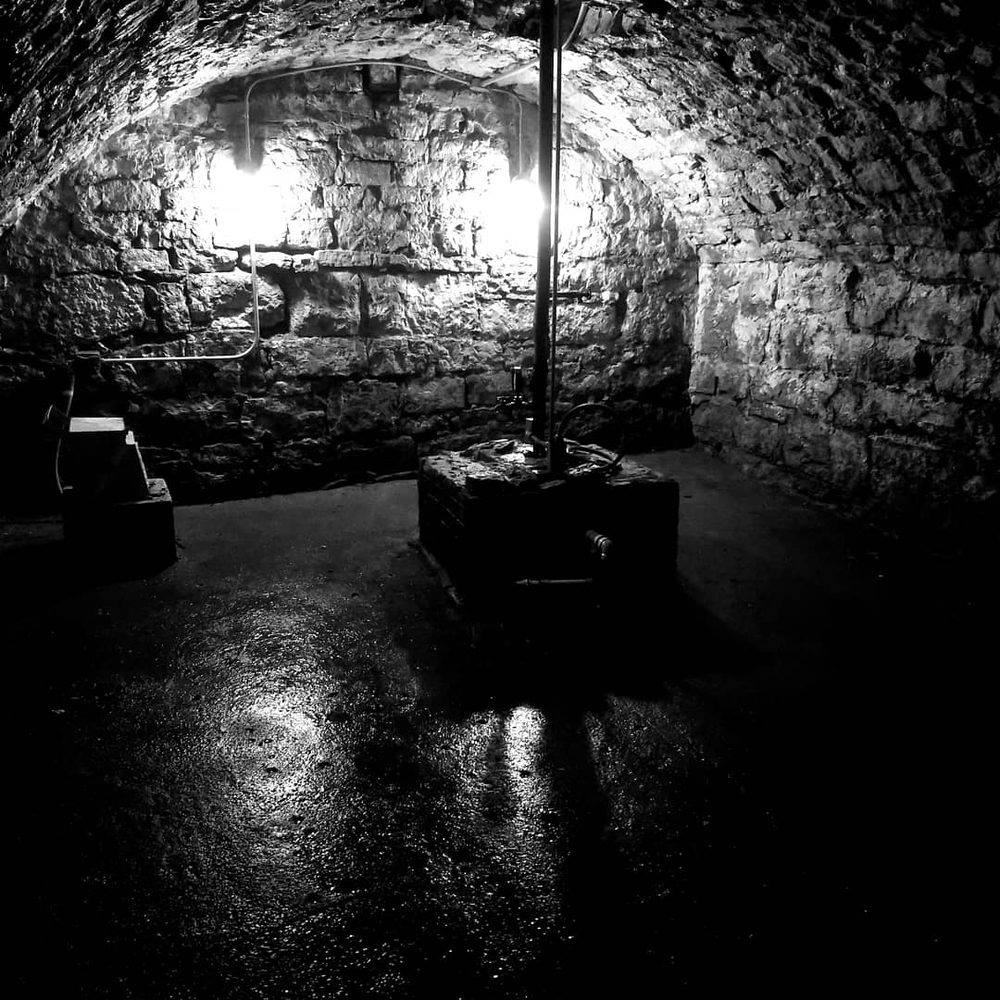 This location was once known as Widow McClearys in the early 2000’s! Its a hotbed of Mafia paranormal activity that has been closed since around 2004 and recently remodeled and reopened. Photos, EVP, voices, apparitions, cold spots, orbs, etc., are pretty common so far ( and its still early). Its sat dormant many years without the opportunity to investigate. Now the chance is yours! Hauntings so far seem Gangster and Mafia related including Al Capone who oversaw the running of this location during Prohibition. Since its recently remolded,, activity is at its peak.

The site has had a spring well here that went back to the days of the Native Americans and early settlers. People have been coming here to the well since it was discovered. In the early 1800s someone build a bar on the location and began to distill alcohol here. Its no small surprise that during prohibition, the Mafia became heavily involved with the location. The Well, is underground, beneath the building. Its like a limestone cave where the water is brought up. But at the same time, the Mafia found that sound doesn’t carry from underground and through thick limestone. Its thought that the gangsters interrogated rival gangs and thugs in the well using dastardly means to gather information. Perhaps killing the occasional person while down in the well. No one would ever hear their screams. Or would they?

When Widow McClearys was in operation, it was well know by many that frequented the establishment that the place was haunted. The stories abounded of a man seen standing upstairs near the pool table that would appear and vanish, along with other stories. Down in the well, Indiana Ghost Tracker members had run ins with these spirits. EVP and photos were captured that seemed to be paranormal in nature. One person even claimed to have something go through her knocking her to the ground. The photo showed a massive white mist that only appeared during that incident and didn’t return.

The Indiana Ghost Trackers have conducted an initial inquiry investigation into the location a couple weeks back and we had some significant findings indicating that the spirits were still here after 15 years of waiting for us to return. EVP and photographic evidence indicate that its still a hotbed of paranormal activity.

We will be investigating the large bar area, the warehouse area, upstairs above the bar and down in the well (pictured). Waivers must be signed for your safety and well being. You will not be allowed into the well if you have any trouble walking or climbing stairs.

This is our second year with this tour. We did one last year which had quite a bit of ghostly activity including a full apparition picture taken on the second floor by one of our patrons!

Equipment provided for use and mini ghost hunting class to learn the equipment usage as well.