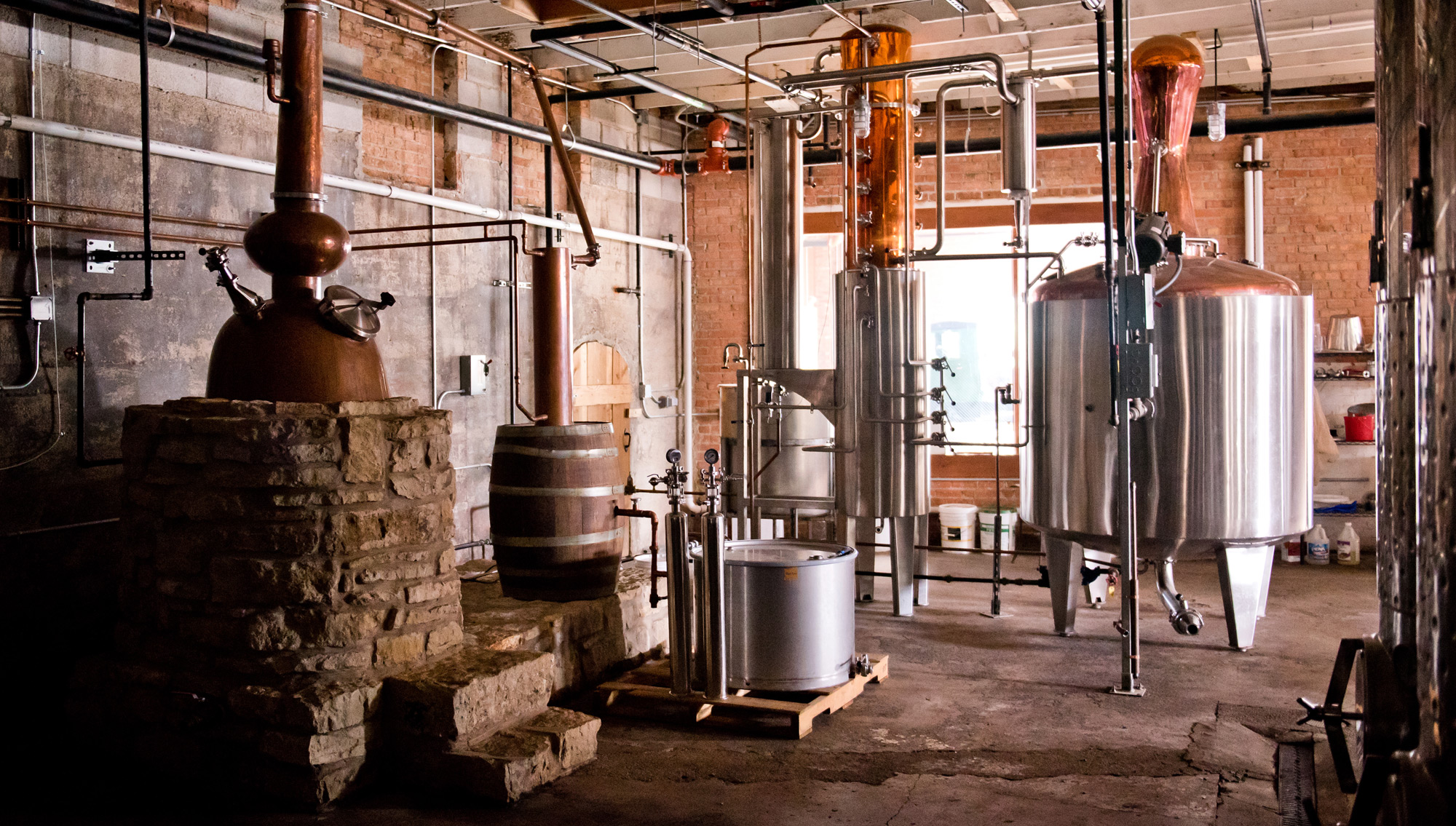 We believe in crafting unique spirits by hand. Starting with limestone-filtered water drawn from the building’s original artesian well, our spirits are created with painstaking detail to attention, each with as much a story to tell as the building itself.

Picking Up From Where Our Predecessors Left Off

The colorful history of The Well at the Distillery, the oldest standing brewery in Illinois, can be traced back to 1857 when the brick and limestone brewery and grain tower was built by the John S. Bielfeldt family on the west bank of Thorn Creek in the small Village of Thornton, Illinois. The artesian well already was on the property where a log cabin saloon and brewery had opened in 1836.

Just down the street from the brewery was the beginning of a large rock quarry which today is the largest limestone quarry in North America. John S, Bielfeldt would go-on to quench the insatiable thirst of the multitude of workers and quarriers that mined the land and built what is today the great city of Chicago. The Well tapped into the limestone spring feeding from a deep underground aquifer from Lake Superior. The minerality of the limestone filtered water provides a desirable effect on the production of fine spirits both then and now.

At the onset of Prohibition, the Bielfeldt Brewing Company was sold to Carl Ebner, Sr. Ebner bottled soda pop, but also continued to secretly produce beer. Soon, federal agents raided the brewery with axes, smashed the vats, and thousands of gallons of beer were poured into Thorn Creek. The brewery fell under the control of Joseph “Polack Joe” Saltis and Al Capone who supplied Chicago speakeasies. Eventually, Capone and Saltis were named on the first “Public Enemies List” released by the Chicago Crime Commission.

From creation to restoration, The Well has a rich history. Check out our timeline as we continue to add photos and memorabilia.

Great spirits start with great ingredients and we try to purchase ours locally as much as possible. We source the grain for our American Single Malt Whiskey five minutes down the road from the distillery and purchase the pecan wood for our Dead Drop Pecan Whiskey from the last remaining pecan farm in Illinois.

Our American single malt whiskey is mashed, fermented, distilled, and matured in our historic distillery, joining over 160 years of beverage alcohol production heritage in the building.

Our well, existing since the 1830s, taps into a limestone filtered spring feeding from a deep underground aquifer from Lake Superior. Iron is filtered out of the water as it flows over the rock and becomes a pleasant-tasting, mineral water. The water is pumped out of a limestone aquifer 150 feet underground and filtered using reverse osmosis, so the mineral content remains intact.

It’s in the barrels

We believe that complex whiskey requires a diverse selection of barrels. That’s why we use a mix of barrels from the country’s best cooperages and best bourbon distilleries. Most of our barrels are created to our specifications using a unique mixture of different char levels and toasting regimens. When deemed ready, our Head Distiller blends barrels by hand to compliment their best characters and create an exceptionally well-rounded single malt whiskey.